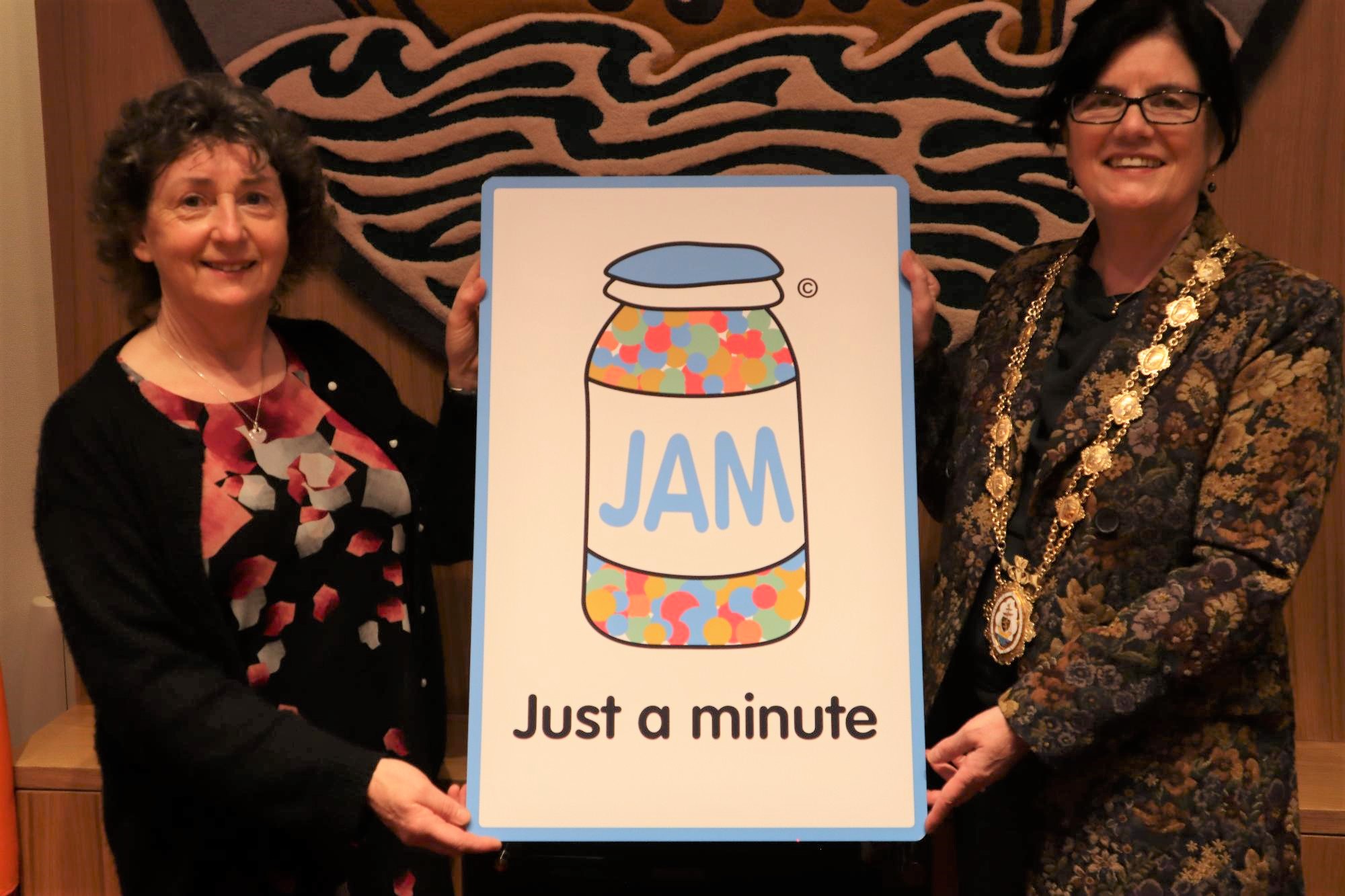 Galway Public Libraries announce the introduction of JAM Cards in all branches throughout the City and County. JAM Card allows vulnerable customers with a learning difficulty, autism or communication barrier tell others they need ‘Just A Minute’ discreetly and easily. The JAM Card was created by NOW Group, a social enterprise that supports people with learning difficulties and autism. All staff from Galway Libraries are trained on JAM Card and the initiative was facilitated with Dormant Accounts Funding.

Launched by the City Mayor Cllr. Colette Connolly and the Cathaoirleach of County Galway Cllr. Peter Keaveney who both expressed their support for the initiative which will allow for improved service delivery for people who engage with library services throughout the City and County. Galway Public Libraries are the first Library Authority in the West of Ireland to launch the initiative.

We have recorded your request and will be in touch soon
{{ contactForm.errors.get('contact_email') }}